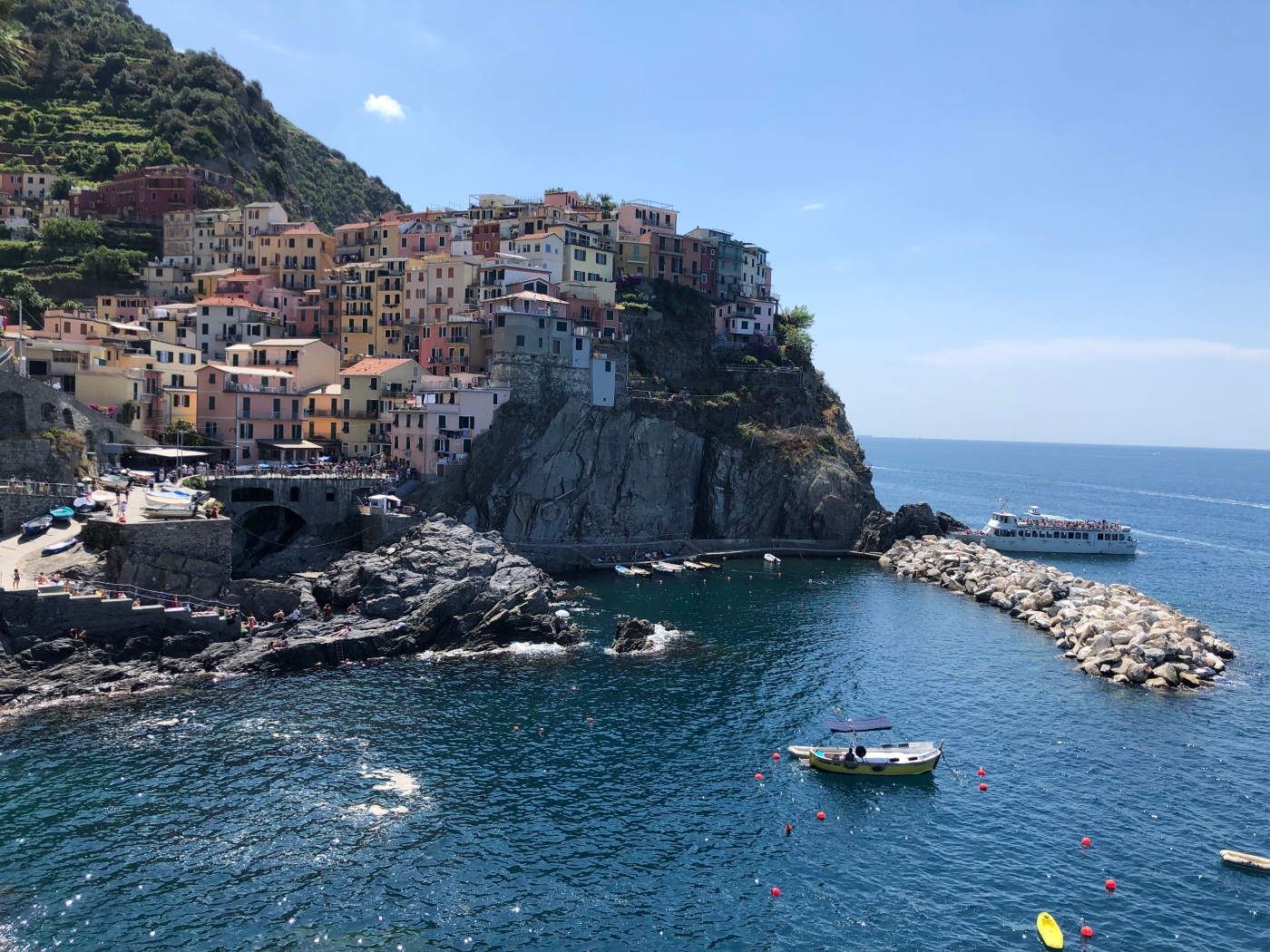 I have posted a Cinque Terre travel post previously, but I was able to do a bit more exploring of this beautiful area this time around. I woke up pretty hungover from our night on the beach, but two girls on the trip had it much worse than I did. At one point, we were stopped waiting for a bus and both of them ended up throwing up. I have to be honest, it was a little funny. They probably wouldn’t agree with me, but the rest of our tour group probably would.

Our first stop of the five little coastal cities was Manarola. This is the one that you’ve probably seen on all the post cards. It’s unbelievably picturesque. A bunch of people ended up cliff jumping in the water here. I skipped that, just because we had to spend a lot more time on a train and I didn’t feel like sitting in a wet swimsuit on the already crowded, uncomfortable train. That, and the cliffs were pretty high, and I was a little scared. 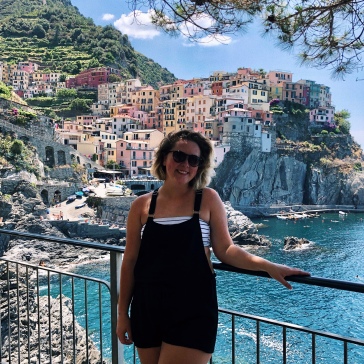 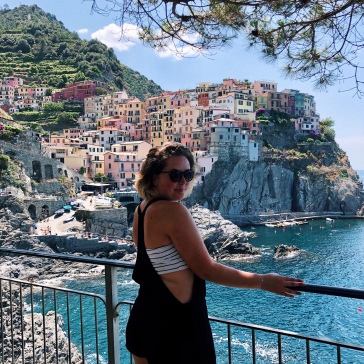 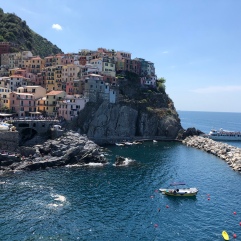 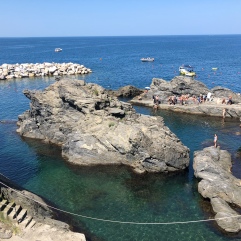 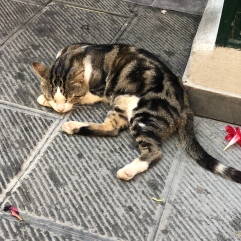 One of the many cats I saw in Cinque Terre

Our next stop was Vernazza, which is the city I visited last time I was in Italy. A few of us were going to go to a restaurant that our tour guide recommended, but it was closed only on Wednesdays. We found a different restaurant, which ironically ended up being the same one I ate at the last time I was in Vernazza. It was just as good the second time around. 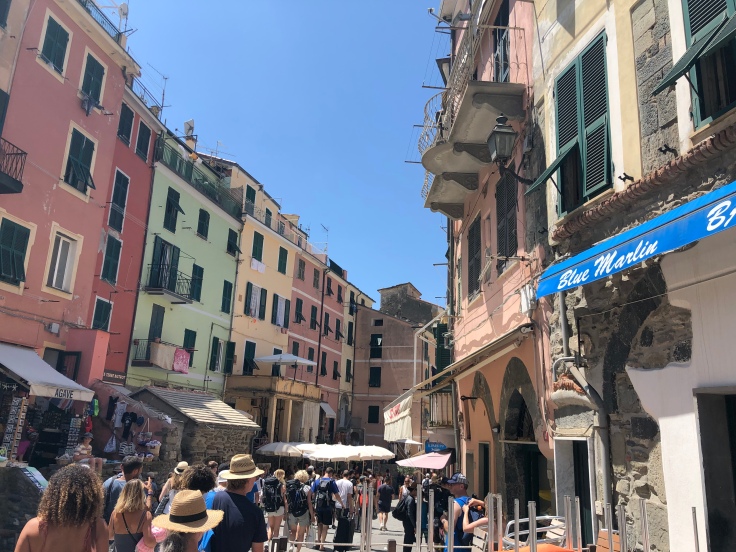 Finally, our last stop was at Monterosso. Here, we ended up hanging out on the beach for a while. This was one of the hottest days we’ve had since being here. The beach was pretty rocky, and the rocks were so hot you could hardly walk on them. We situated ourselves comfortably on our towels and shuffled on the rocks into the water to cool ourselves down. 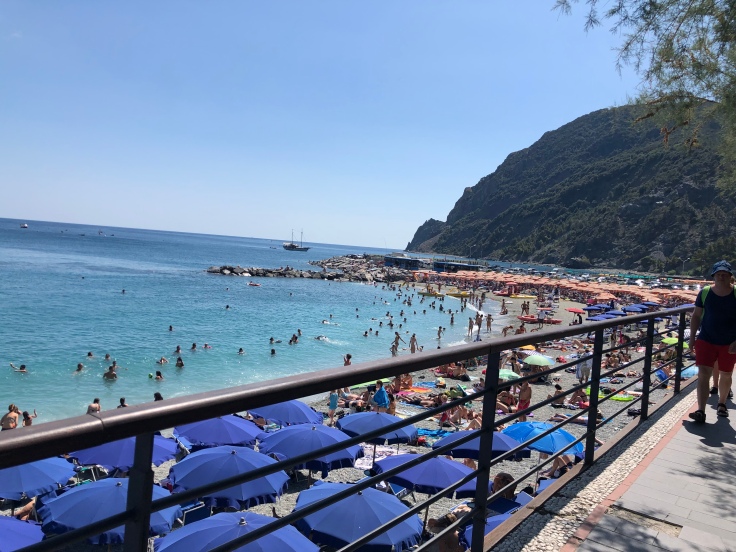 We left Cinque Terre around 5:30, and spent the night relaxing before our transfer to Chianciano Terme through Pisa. It’s been pretty nice to hang out in some of the cities that I’ve already been to, but I’m also getting pretty excited to head to another new country.