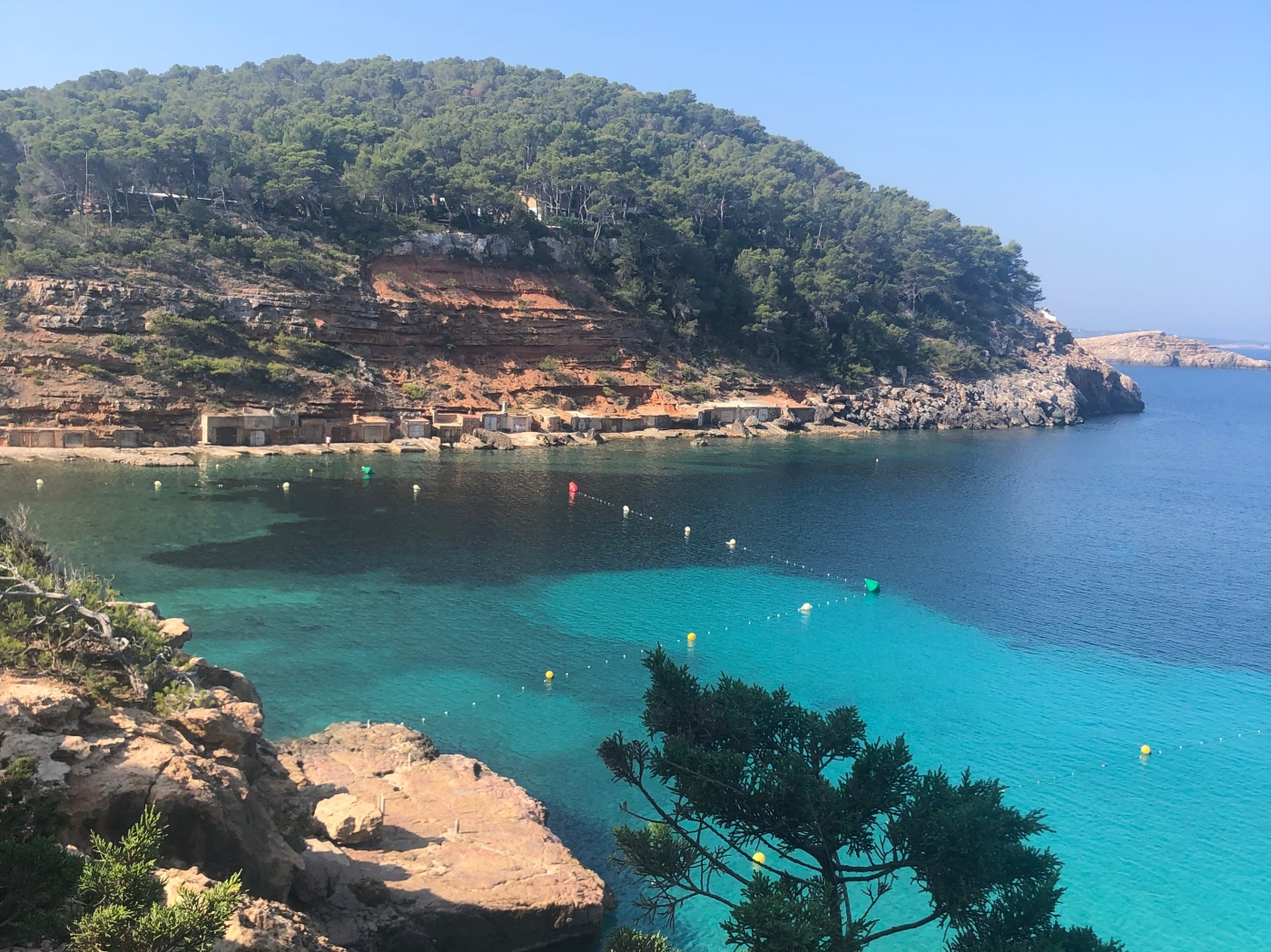 I’m not exactly sure what I was expecting out of Ibiza, but it wasn’t this. Before getting to this goregous island, we stopped at a port for lunch, and I had some of the best seafood pasta I have ever had, and that’s saying something becuase I get seafood pasta everywhere I go. After our lunch, I got to experience my first ferry ride, which was about 2.5 hours, and was pretty uneventful. Due to the fact that we went out the night before, most of our group ended up sleeping for the ferry ride. 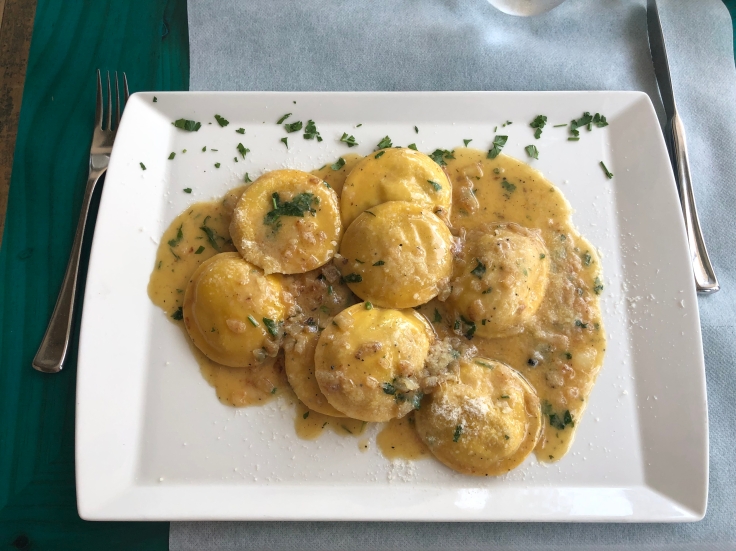 We actually ended up relaxing for most of our time on this gorgeous island. Except for the first night, which was… a shitshow, to be honest. A few of us decided that we had to spend our first night out partying, given Ibiza’s reputation. So, we got dressed up and ready to go. I thought we were just going to go to the clubs at the port, but we ended up deciding to go to a more well known club (Pacha). This would have been totally fine, if the cover weren’t 50€ per person, on top of a 30€ taxi ride. Once inside the club, drinks were about 17€ apiece, and the music was just not my style. My friend Jess and I ended up leaving relatively quickly, because our feet were absoultely killing us, and we didn’t feel like wasting anymore time on top of the money we’d already wasted. No regrets on leaving early ¯\_(ツ)_/¯. 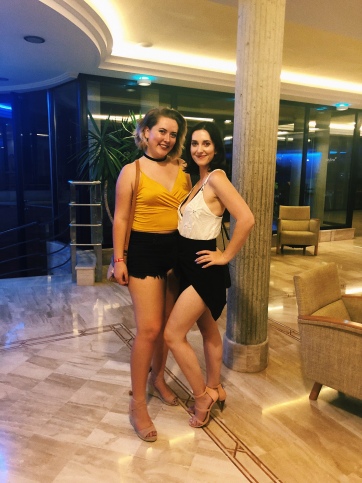 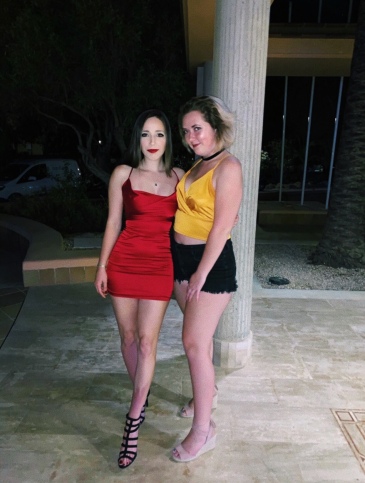 Victoria and me aka ketchup and mustard 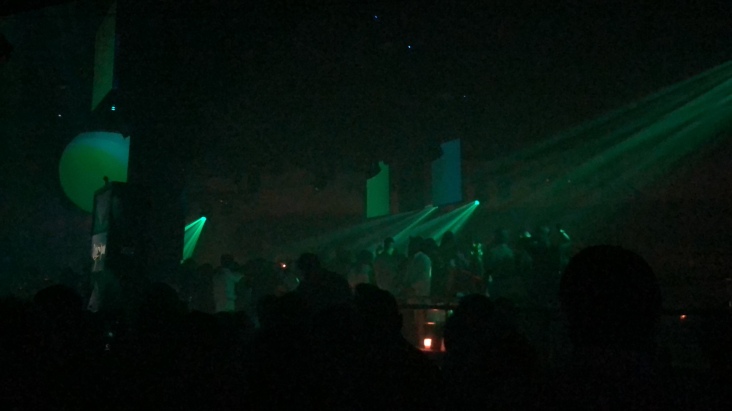 Inside the packed club

The next day, we went to an absolutely gorgeous beach, and I did my best to spend as little money as humanly possible. The water was crystal clear blue and not too cold, and it was so hot out that we could comfortably switch back and forth between swimming in the water and tanning on our towels. There was a little platform that overlooked the water that was an Instagrammer’s dream. I shamelessly took a ton of pictures there. 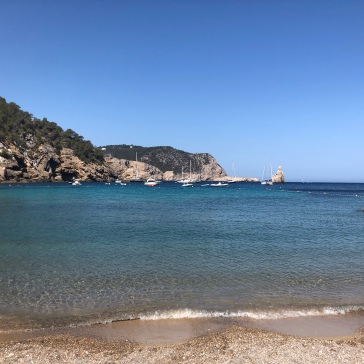 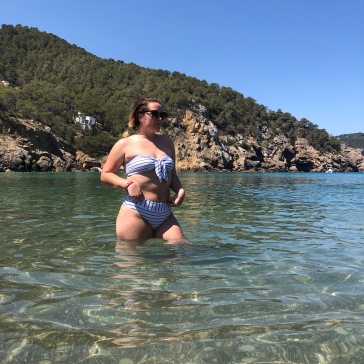 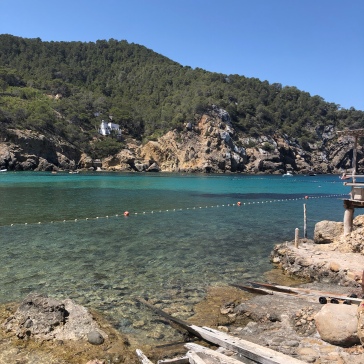 The next day was another beach day, and this time we were headed tothe beach that was our tour director’s favorite. We didn’t believe him when he said it was even more beautiful than the previous, but then we saw the view. All I can say is wow. Sadly, when we reached the beach, we realized a slight problem. It was completely infested with jellyfish. One of the other beachgoers that was leaving (who spoke very little English) stopped us and said “the… the jam? fish are there.” It took us a second to realize what she meant, but once we did our hearts sank. We ended up going to a different beach, and I decided to bring a bottle of some vodka and a mixer so I could have a little fun on the beach. Let me tell you, day drinking in Ibiza may sound like a good idea, but it really isn’t. My day drinking caused me to miss our sunset boat cruise, which I’m still kicking myself about. I’m trying to just focus on what I did get to do though. 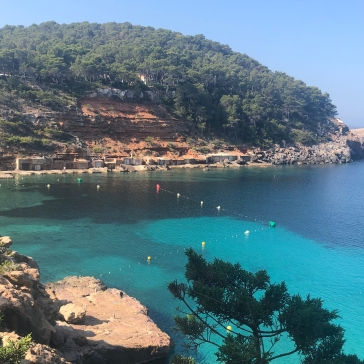 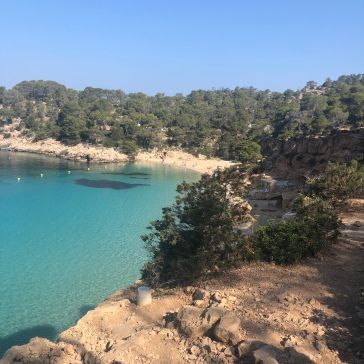 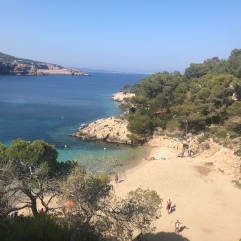 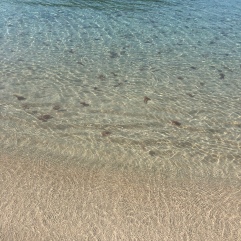 Every little dot in the water was a jellyfish. It was insane. 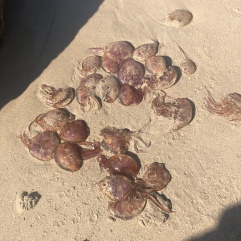 Overall, Ibiza was great, but not for the partying, which is what I was expecting. The beaches were absolutely stunning, and I got a killer tan, but I didn’t get to go clubbing like I was expecting to do. I can’t complain though, I’m more of a beach gal than a club gal anyways.

Next on the itinterary: Barcelona!