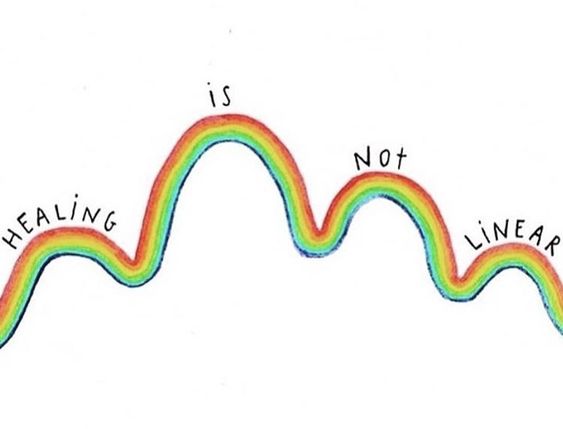 So, I missed Mental Health Awareness Month by one day… It’s been a busy few weeks! However, I figured I needed to post something on this topic, given that it’s kind of become the focus of my blog. I wanna write about a little bit of a touchier subject, so here’s my trigger warning/your chance to turn back. You can probably guess what the topic is, based on the title, so here goes nothing…

During one the peaks of my depression (or rather the trough?), around the time I was 15, I found myself with an immense amount of emotional pain. I was on medicine and working on getting into therapy at that point, but nothing felt like it was helping. We hear stories of teenagers cutting themselves when they go through depression all the time, but I was never one of those people. However that doesn’t mean I made it through without self-harming, sadly. You see, I was in three sports at the time, and I knew that hiding cuts would be difficult. So, I found another way. I won’t go into detail, but essentially I found ways to bruise myself. It was a form of release; emotional pain has no location, and giving yourself a physical form of pain somehow felt as though it helped, if only because it was more tangible. It gave me relief, but only for a second, and then I went back to feeling miserable, now with physical pain to match.

I don’t want to glorify any sort of self harm. Trust me, that is the last thing I want to do. I simply want to draw attention to the fact that cutting is not the only form of self harm that exists. I’d only ever heard of cutting, so when I started harming myself, I felt as though it was somehow more excusable or somehow less harmful. Parents, friends, we need to recognize that self harm comes in forms other than cutting, so that we can begin to fight back against these other forms.

To anyone who has felt the need to self harm in the past, I want you to know I see you. I feel your pain. And I am here for you. To anyone who is considering self harm at the moment, please take a moment to reconsider. You may think it’ll help, but it causes so much more harm than good. I found my alternative to self harm in writing; here are some other options that could come in handy if you’re considering harming yourself.

I want people to realize that, much like mental health issues themselves, self harm is much more common than we may realize. You are allowed to feel proud of yourself for getting past your self harm. In fact, it is something to be proud of. I had gone about 2 years without self harming, but I relapsed last December. I’m just shy of 6 months without self harm, and I can’t wait to see that number continue to grow.

3 thoughts on “Self Harm”