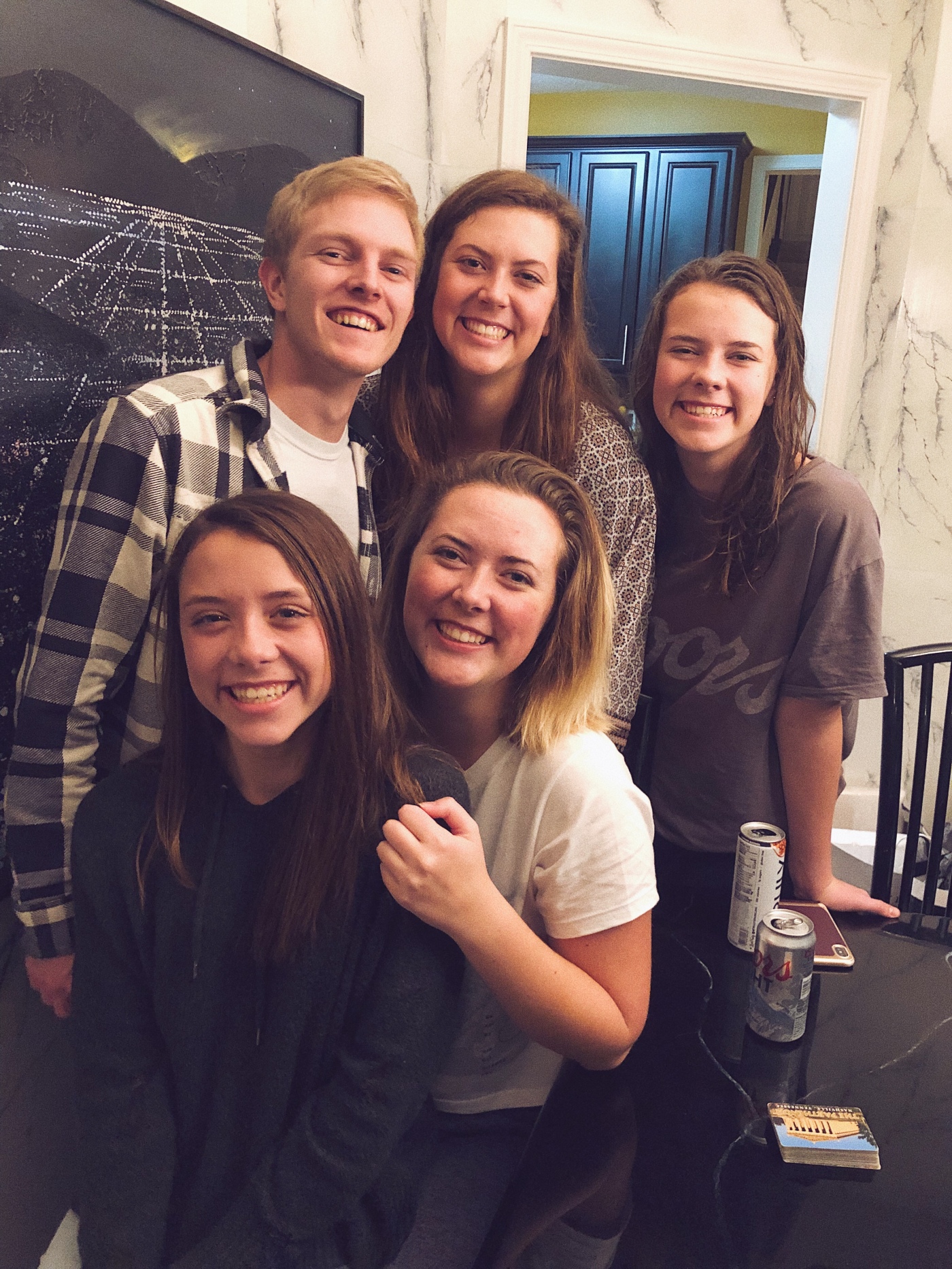 Over this past weekend, I was blessed to be able to spend 5 whole days surrounded by my family. As many of you probably already know, family is one of my number one priorities, and I’ve practically been aching to see my sisters again. On top of all that, my cousin and his girlfriend recently had the most adorable baby boy, so I got to spend most of my weekend snuggling with him.

It was an amazing weekend, one that I was in desperate need of after a few tough weeks at school. On Thanksgiving, I ate an exorbitant amount of food and then lounged in a hot tub with my sisters, before the chaos of Black Friday kicked in. We did a little bit of our shopping Thursday night (which included discovering a children’s toy called the “fuggler”… I’m still not quite sure what it was). Friday was the bulk of it, though. We shopped from about 5am until 11:30am, went and got some lunch, and then promptly passed out.

Sadly, when I woke up from my nap, I woke up burning up with a fever. I’m glad I was with my family though, because I still don’t quite know how to be sick without my mama. I’ve pretty much kicked whatever that sickness was, though I’m still holding onto a bit of a sore throat (lucky me!). To pass the time during my few feverish days, my sisters and I played hours of card games, and two games of Monopoly (one of which, I won).

all four of us crowded on a couch

By Sunday, when everyone left, I was so exhausted that I slept until 2pm. Between the Black Friday shopping, the hours of extended family time, the fever, and the residual exhaustion from flying around the country, my body pretty much shut down for the last day of break. I got to spend the rest of the day decorating for Christmas and spending some quality time with my aunt and uncle.

Monday, I got up at 3am and made my way back down to NOLA, just in time for the next three weeks of hell. It’s really tough to go back to real life after a break like that. I’m having those post-vacation blues, but I know it’s something to be thankful for. It’s all because I had such an amazing time with some of my favorite people on this Earth, and I wouldn’t change that for the world.

One thing that’s getting me through these last few weeks of school is the fact that my second publication is officially available! If you’re interested in supporting me, and seeing some amazing writing from other young authors like myself, you can check out the book here.

The other thing getting me through is the fact that it’s under three weeks until I get to see my sweet baby Charlie (aka, my 20lb cat).

Wish me luck on my finals, and stay tuned for more updates!