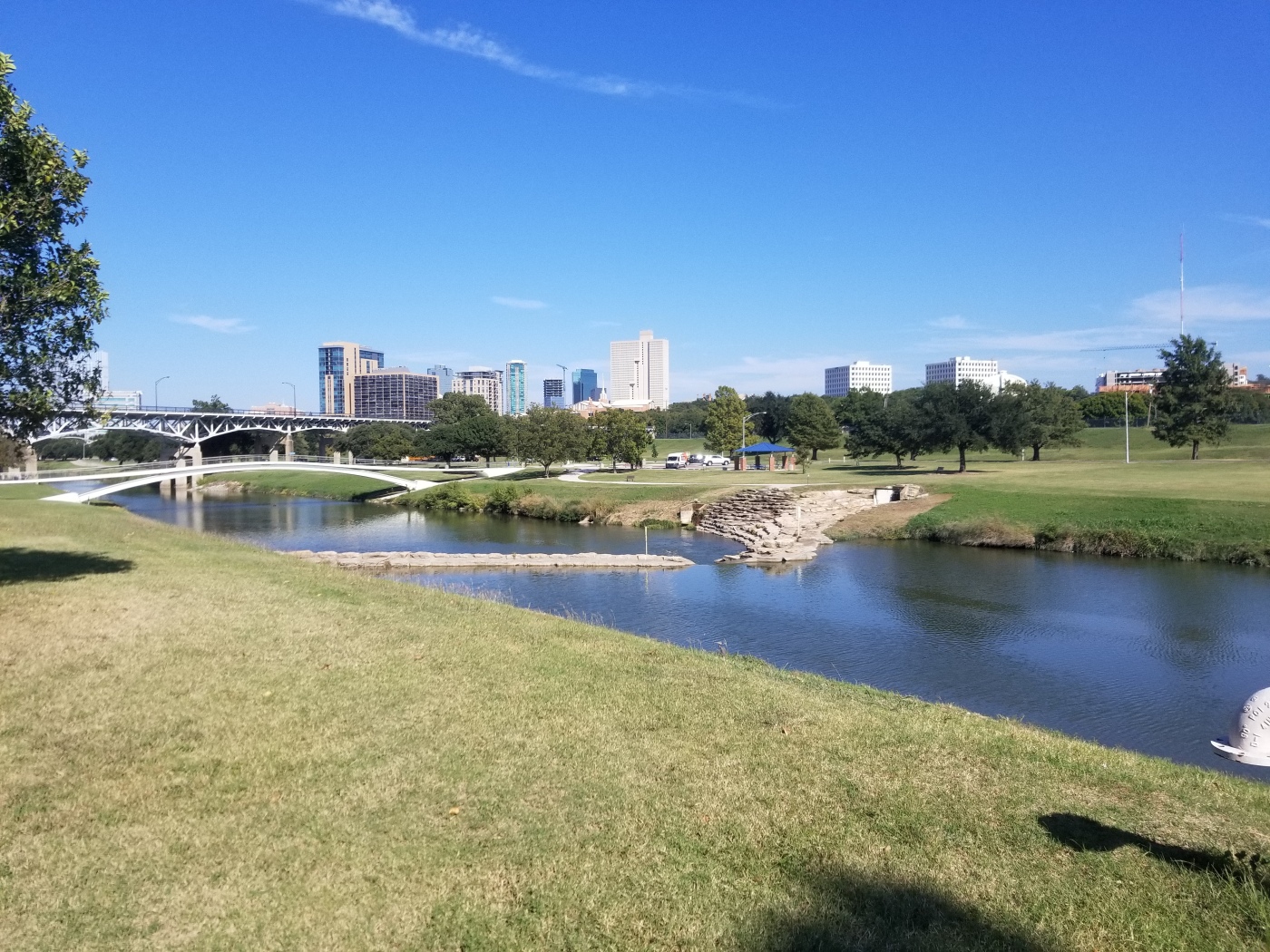 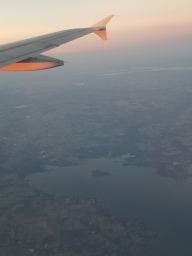 Spotted a heart in the lake from the airplane 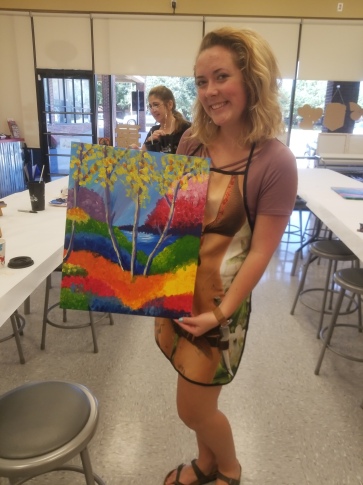 The aprons made things interesting. 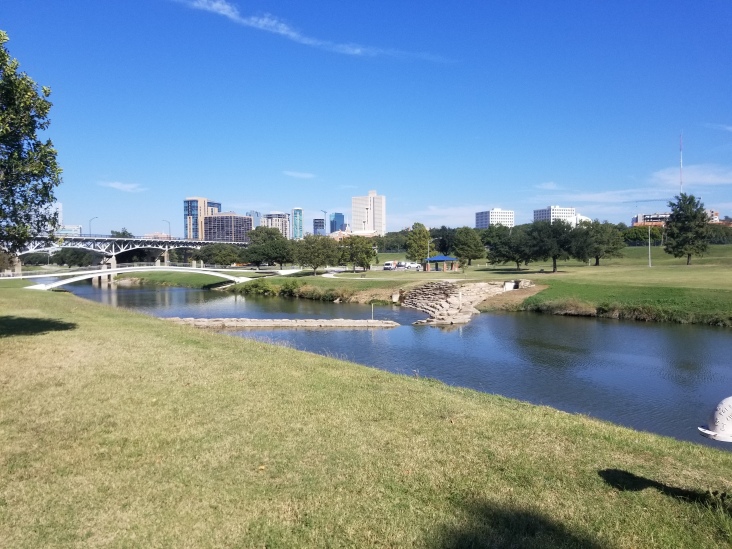 Fall break is FINALLY here for Tulane students, and with that comes a new adventure! On Wednesday after class, I took my first ever solo plane ride from New Orleans to Fort Worth, Texas, to visit my cousin, Ashlee. Lucky for me, only about two thirds of the plane were filled, so I had an entire row to myself, giving me the perfect opportunity to nap. After an uneventful hour and a half, I landed in Texas, quickly realizing that I have already adjusted to the warmer weather of New Orleans. It was around 60 degrees, but I was freezing; it should be interesting to see how I fare when I go home for thanksgiving. My first night was relatively uneventful, because I didn’t arrive until around 7:30. Ashlee and I got dinner with her roommate and fiance, and then headed back to her house to hang out before going to bed.

This morning, we got up around 9 despite having plans to leave around 9:15. Ashlee had a full day planned for us, though, so we got ready quick and hit the road as soon as we could. Our first stop of the day was at a little donut shop called Dale’s Donuts, where I had one of the greatest maple frosted donuts of my life. We took our breakfast over to “Painting with a Twist”, where we took a painting class called “coffee and canvas.” They served us PJ’s coffee while we skeptically painted our vibrant forest scenes. At first, I really couldn’t believe they’d turn out okay, but they did! Afterwards, we met up with Ashlee’s fiance for lunch, before heading down to Trinity Trails for a nice walk by the river. After about a mile and a half walk, we ended up on west 7th street, where we did a little shopping and got the most amazing popsicles at Steel City Pops. This was the perfect way to cool down before our walk back to the car.

After a little break from the heat, Ashlee, her fiance, and I met up with my aunt and uncle for dinner. I hadn’t seen them since my graduation in May, so it was great to catch up with them. I didn’t quite realize how much I was missing the family structure while being away from home, and there was no better way to get my family fix, aside from ACTUALLY going home, of course. At dinner, I shared the best dessert with my cousin, and I’m still feeling overly full while writing this almost three hours later. I know she has another full day planned for us tomorrow, including a haunted house which I cannot wait for!

Stay tuned for my next update!

One thought on “Beyond NOLA”